The first Wiki Loves Monuments competition in South Africa and the African continent was held in September 2012 with the award ceremony taking place in November of that year. Out of 1861 images submitted three winning entries were selected and were further submitted for the international competition round.

Below is a photo of all 5 Winners during the prize giving function held at the OR Tambo Premier Hotel on the 17th November 2012. 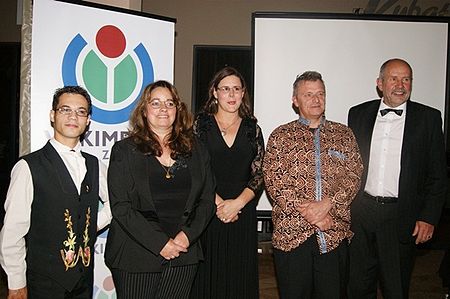 Below are the Winning photographs of South African monuments available on Wikimedia Commons.

There was a last minute change to the prizes with a decision to award a runner-up prize for most uploads for the competition. Because the first and second placed entrants were so close (Roche Pietersen on 198 pictures and Rute Martins on 180 pictures) we awarded prizes to both of them. We would like to thank all participants and encourage everyone who will be in South Africa during September 2013 to have a camera handy and click away!!